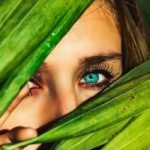 I don’t remember any of the people complaining about the recent purge from big tech defending the first person purged. Most of you said little or nothing. You probably didn’t agree with Alex Jones, or his opinions, on many topics. So when the cancel culture deplatformed him, none of you went out of your way to defend him. So when they came for Alex, you were not Alex, so you did nothing.

Most of you watched as month after month one person or two was deplatformed. If you were all real patriots you would not have remained silent over those folks being deplatformed. You would have made attempts to right that wrong or moved your channels to other platforms in protest. But you didn’t, and when they came for them, you were not them, so you did nothing.

For those who still have channels on Youtube or accounts at Twitter or Facebook congratulations. Most of you have sucked the teat of Big tech and done or said everything they have demanded. Revenue over principles is how most of us see it. Stop whining now about deplatforming and for God sakes stop apologizing for having to use their prefered words. You don’t have to do either. Big tech just makes easy to control you and the words you are permitted to say.

Now the time comes for your audience to decide if you are worth fighting for. When Big tech comes for you will there be anyone left to defend you?

There is so much that I want to share, especially with those of you that are new to all of this. After much internal back and forth with myself, I finally decided to just start at the beginning of my journey in search of truth.

Over the past 16 years, Facebook has grown to become one of the most popular ways for us to connect with our friends and families…

Nearly the entire swamp exposed as an October surprise. A surprise as big as this nation’s founding. The whole time we were on the right side of history as the cabal attempted to silence our ranks.

It reads like Dr. Fauci and your government servants are slowly attempting to asphyxiate you.

Please confirm you want to block this member.

You will no longer be able to:

Please note: This action will also remove this member from your connections and send a report to the site admin. Please allow a few minutes for this process to complete.

You have already reported this .
Clear Clear All